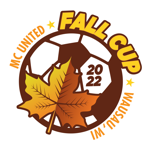 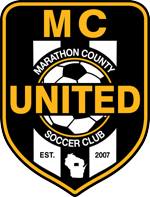 The Wisconsin State League provides the highest level of competition for youth soccer teams in Wisconsin. The MC United Board feels strongly that this is a great opportunity for all area soccer players and for our Club.

Practices over the winter will begin in early January; dates and times subject to space availability.

Outdoor practices will begin as soon as weather permits, initially three days a week; likely on Sundays, Tuesdays and Thursdays for 2 hours – typically from 6:00 to 8:00.

Teams play 8 to 10 league games; half are played at home and half away (could be Green Bay, Madison, Oshkosh, Milwaukee areas, etc. depending on the other teams in state league etc.)

Many parents carpool to away games; the team manager minimizes away travel by working with other teams, when possible, to arrange for games in similar locations to be played on the same day/weekend

TBD – 3 Club Tournaments will be included in the registration fee; potentially one being the State Cup.

Scholarships available for those in need of financial assistance.